Whether you want to enhance your health, lose weight, or have a more attractive body – or all three – red light treatment could be the answer.

Red light treatment is most known for its ability to relieve pain, as well as heal chronic skin problems, scars, aging skin damage, and speed up muscle recovery after injuries. Red light treatment has also been demonstrated to help people lose weight in clinical studies. In fact, it is gaining popularity as a body sculpting procedure.

At AMG, we understand that people come in all shapes and sizes. Women should not have to worry about their physical appearance, nor should they feel insecure about themselves.

Low libido affects roughly 25% of males over the age of 40, according to the European College of Neuropsychopharmacology. Bright light increased sexual desire and satisfaction, as well as testosterone levels, in a 2016 study by the group. Seasonal changes in libido had been observed in prior studies, prompting this one. 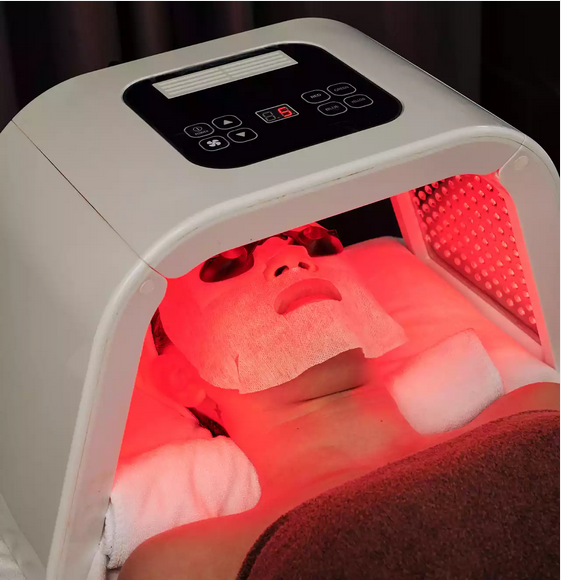 Are you ready for a weight-loss option that is non-invasive, non-surgical, and clinically proven?

Then introduce yourself to invisa-REDTM!

The only FDA-approved device that has been shown to help patients reduce weight, eliminate fat, and trim inches off their waistlines is invisa-REDTM. That implies you’ll observe a decrease in weight as well as an improvement in body sculpting without having to undergo surgery!

Red light causes fat cells to produce small openings (or pores) that leak fatty acids known as lipids, according to studies. A Harvard study discovered that four minutes of red light treatment at 635nm released 80 percent of lipids from fat cells, while six minutes liberated practically all of the fat.

By administering precise frequencies of both red and infrared laser light to the treatment area, invisa-REDTM enhances cellular respiration, lymphatic function, and metabolism. This light heats adipose tissue deep beneath the skin and boosts blood flow to the area, facilitating photobiostimulation of the metabolism of your cells. As a result, the body begins a series of reactions:

Adenosine triphosphate (ATP), which supplies energy to cells, is converted from fat cells.

Collagen and elastin production is increased.

Red light, according to scientists, causes transient pores to grow in fat cells, allowing lipids to flow out. Adipocyte apoptosis, or the natural death of fat cells, appears to be stimulated by red light. When a fat cell dies, the lipids it contains are released into the body, where they are normally eliminated.
Before after image

Over 60,000 patients have experienced the amazing results of invisa-RED™ treatments, with over 1 million total pounds lost!

Excess subcutaneous fat, or fat just beneath the skin, causes cellulite. It’s a difficult, lingering issue that can’t be solved solely by exercise and weight loss – but red light treatment has shown remarkable potential in lowering it.

The effects of mixing near-infrared light with treadmill training were investigated in one unique cellulite study. The study split 20 female volunteers into two groups: one who received 850nm NIR light as well as high-intensity treadmill training, and another who solely utilized the treadmill. Cellulite was reduced in the buttocks and hips in the group that received both types of treatment, but not in the treadmill-only group.

Red light increased vasodilation in both healthy and diabetic blood arteries, according to a 2017 study focused on the impacts of diabetic peripheral artery disease. This has the potential to cure not only diabetic vascular disease but also any ailment in which poor circulation is a significant factor, such as erectile dysfunction.

Endothelial cells, which make up the tiny capillaries that supply blood and lymph throughout the body’s extremities, including the testicles, have been proven to expand with red light therapy.

In obese women undergoing weight loss treatment, near-infrared light therapy paired with exercise has been shown to lower insulin resistance and body fat, as well as improve the effects of physical exercise. This was the conclusion of a 2015 study on metabolic flexibility, or the body’s ability to change fuel (fat) burning in response to exercise, conducted by Brazilian researchers.

Testosterone is what makes a man a man biologically speaking. Women, too, generate the hormone, and it’s a crucial part of general health for both men and women.

Testosterone levels rise during adolescence and subsequently start to fall around the age of 30. Although a steady fall is a typical aspect of aging, it can have some undesirable side effects, particularly if testosterone levels drop significantly. Red light treatment for testosterone may be a strategy to help your body restore normal testosterone levels and, as a result, regain your zest and vigor.

Women, like males, can be affected by low testosterone levels. Even while it isn’t as often discussed, it can be harmful for women.

The American Urological Association recognizes that a steady decrease in testosterone production is a natural aspect of growing older. However, the organisation claims that two out of every 100 men have abnormally low testosterone levels (known as Low T).

Even if you haven’t been diagnosed with Low T, you might want to boost your body’s natural testosterone production if you’re having problems with:

Red light exposure appears to be linked to the body’s ability to create testosterone, according to research. Humans are light-sensitive, and increasing exposure to light has been shown to trigger beneficial biological processes in the body.

These wavelengths have been investigated extensively in relation to a number of human health issues. Although human clinical investigations on the direct effects of red and NIR light wavelengths on testosterone are still in the early stages, the therapy’s benefits on both the male and female reproductive systems suggest that it could be used to increase testosterone levels.

The wavelengths of red light treatment, also known as low-level light therapy (LLLT) or photobiomodulation (PBM), lie inside the “therapeutic window” of light.

The Science of Red Light Benefits For Men

Increased energy generation benefits more than just the Leydig cells. The beneficial interaction between light photons and the mitochondria, which are the energy centers within cells, is one of the most important benefits of red light treatment.

If you want impressive weight, fat, and inch loss without the risks of surgery, invisa-RED™ is a great option. Consult with your medical and aesthetic professional today about whether or not invisa-RED™ is right for you!

Alpha Med Group is a healthcare provider in Clearwater, FL that specializes in treating the needs of patients with “optimal performance” in their health and wellness goals. They are committed to providing the highest quality of service for their patients, and their goal is to “help you overcome the hurdles to reach your goals.

Schedule a Visit WE ARE CLEARWATER’S